How sleep quality can improve your fertility

New studies show that a healthy circadian rhythm and, in particular, a healthy melatonin level have a variety of positive effects on health. The function of melatonin in the sleep-wake cycle has been known for a long time, but this hormone can also influence a variety of cellular processes, which in turn are associated with cancer, heart disease and fertility.

When the many rhythms and cycles that control our bodies are coordinated, we achieve optimal health and maximum fertility. If these cycles differ, our health may suffer, affect fertility. A recent study for example, found that jet lag and other circadian rhythm disorders can have negative effects on a woman's fertility and cause ovulation disorders. Scientists believe that an interruption in melatonin production is the root of this problem.

Study insight: Mice have a 24-hour clock that is very similar to that of humans, with the difference that they’re nocturnal. Researchers interrupted the circadian rhythm of female mice shortly before mating. Those rodents that were exposed to only a few hours of sunlight during the day had lower fertility than normal and only half of them gave birth. Female mice that spent several hours in sunlight had even more serious effects, with only one in five mice having offspring. Ninety percent of mice allowed to have a normal sleep-wake cycle had a healthy pregnancy and birth.

The circadian rhythm and the hormones

The circadian rhythm is your inner clock that is located in your brain and tells the rest of your body how to regulate almost all biological processes. This inner clock can easily lose its rhythm by disruption of your sleep-wake cycle through shift work, travelling across time zones or simply bad sleep quality. In this case, the brain processes the disruption of the circadian rhythm and miscommunicates with different parts of the body. But how does the brain exactly affect your fertility? The hormones that are important during your cycle for ovulation and a possible pregnancy are in fact all regulated by the brain. The brain sends the signal via special messenger substances to the pituitary gland and the ovaries to produce and release LH, FSH and estrogen to the right time and amount. The right balance of these hormones is essential for a healthy menstrual cycle and fertility. In case of disruption of the circadian rhythm, the whole system from brain to hormonal release gets deregulated, possibly resulting in fertility problems.

Have you heard about melatonin?

Melatonin is a hormone secreted by the pineal gland in response to signals from the brain. It is released at night and is known to prepare the body to fall asleep and recover in sleep. However, recent research seems to show that melatonin plays an important role in various physiological processes, including fertility and fetal development.

A recently published study by the University of Texas, suggests that healthy melatonin levels are necessary for optimal fertility. Egg cells, like all other body cells, are exposed to free radicals that can cause DNA damage. Melatonin acts as an antioxidant in the ovaries by removing free radicals and preventing cell damage.

Since healthy egg production is the first step in conception and pregnancy, these results suggest that a healthy melatonin level is very important for fertility. In fact, poor egg quality is the most common cause of infertility. Cell biologists, who supervised the study, suggest that women who want to receive should refuel every night for about eight hours of darkness in the same time period in order to promote a healthy circadian rhythm and a healthy melatonin level.

Another study found that melatonin is essential for embryonic and fetal development. Melatonin levels increase constantly during pregnancy. Since this hormone is transported unchanged through the placenta, it is detectable in both- amniotic fluid and the developing fetus. A fetus already has melatonin receptors in it’s brain long before it has fully formed.

This maternal melatonin has several functions for the fetus. First, it transmits information about light and dark cycles to the brain of the fetus, helping the child to form its own circadian rhythm. Melatonin is also believed to play an important role in the activation of certain genes that are important for proper development from conception to birth.

Although the exact mechanism by which melatonin affects pregnancy is not yet known, its necessity is undoubted. Pregnant women with low melatonin levels are more likely to develop disorders that can have devastating effects on both mother and child.

Although scientists and doctors have known for years that a healthy sleep rhythm is important for a healthy menstrual cycle, the importance of melatonin in fertility and pregnancy outcomes is a new finding that can be used to improve maternal and foetal health. A poorly controlled circadian rhythm can have a negative effect on both fertility and pregnancy - these consequences can be prevented with a simple melatonin supplement.

Despite intensive fertility research, science offers only a few methods for women who have fertility problems, struggling getting pregnant or staying pregnant. The latest discoveries about the importance of melatonin for conception and fetal development give hope to women who wish to have children and ensuring a healthy circadian rhythm in combination with optimal melatonin levels can be the key to a healthy pregnancy. In the near future, it is therefore easily possible that women who wish to have children will be asked to take melatonin in addition to folic acid and other dietary supplements in order to ensure healthy fetal development.

It is shown, that sleep problems can drastically reduce male fertility. The effects of sleep deprivation can go as far as reducing the amount of sperm in men by a third, while women face an increased risk of miscarriage. A study found that for men who went to bed late, woke up at night or had problems falling asleep, the sperm production went down, the sperm count was up to 25% lower and the testicles smaller than for those who had no problems and healthy sperm. Researchers pointed out that men who slept less often had an unhealthy lifestyle, which included high caffeine intake, alcohol consumption and smoking. In order to increase fertility in men, it is also highly recommended to maintain a healthy weight or lose weight.

How much sleep should you get?

Women who try to get pregnant should sleep no less than eight hours a night. It is of course a vicious circle: stress influences sleep and sufficient sleep in turn lowers the stress level.

How to improve your sleep quality

Before taking potentially harmful sleeping pills such as diphenhydramine (found in many antihistamines), one should consider the many natural remedies that are a very good alternative. For example, chamomile tea and hot milk make you tired and sleepy. Please also refrain from experimenting with sleeping pills that are offered as "natural" but have not been approved by the US Food and Drug Administration (FDA).

The safest way to maintain regular sleeping habits is to fall asleep and wake up at the same time every day. In addition, healthy eating and regular activity promote rest and relaxation in preparation for pregnancy. Try to avoid foods that cause heartburn, such as hot spices, carbonated beverages and fried foods and drink enough fluids every day. However, you should not drink too much before going to bed to avoid urinating so often at night.

You should also ensure a pleasant environment: your bedroom should be dark, quiet and slightly cool so that you can sleep well. 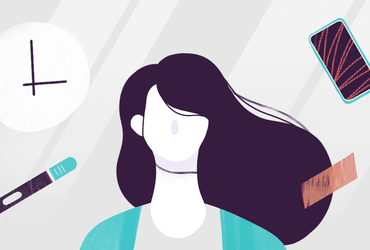 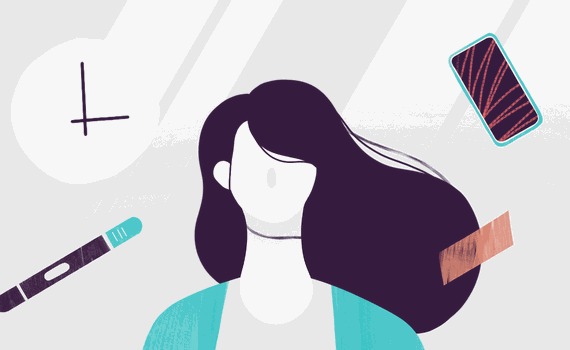 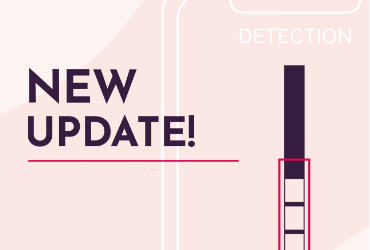 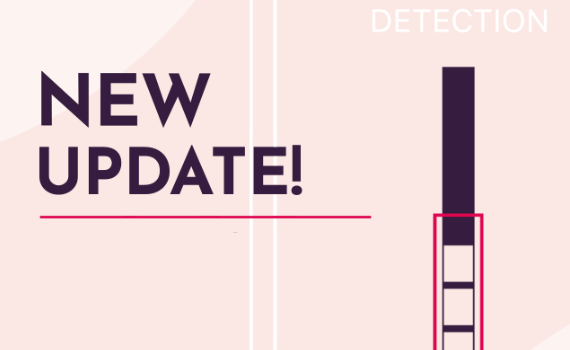 The Pearl Fertility App got a new update!