The Best Time to Take an Ovulation Test

There can be many reasons why you don’t get pregnant right away. One of them is that you don't exactly know the best time to get pregnant and therefore and miss it.

he Fertility Window, or the best chances to conceive, are 2, 3, and 4 days before ovulation. So, if you want to get pregnant fast, it is important to know your cycle very well. Ovulation predictor kits (OPKs) or tests are the closest to determine the time when the mature egg is released into the fallopian tube and can truly help you, because they measure the hormonal changes in your body that happen each cycle.

How does an ovulation test work?

Their function is simple: they measure the hormones that peak before ovulation, thus giving an estimation that ovulation is about to happen. The so-called Luteinising Hormone (LH), triggers ovulation in your body about 24 to 36 hours before it happens. The LH level rises sharply - up to tenfold for some women and can also be easily detected in urine. While most OPKs only measure LH, there are 3 other hormones involved in regulating the cycle and ovulation. The Follicle-stimulating hormone (FSH), which typically decreases before the fertile window opens can detect more fertile days in advance and be another indicator of ovulation.

If you not only want to predict but also confirm your ovulation, it is recommended to also measure your progesterone levels together with your LH and FSH levels. To find out more about these ovulation tests click on this link.

Ovulation test: When is the right time to test?

Before you can start using ovulation tests, you must know a bit about your cycle. After your period starts FSH levels start going up and then down, marking an upcoming Fertile Window, and later an ovulation. This part of the cycle is very variable, and depends on cycle length- thus it is important to have some information on your previous cycles. On the remaining days of the cycle, the concentration of LH is low, whereas it peaks around ovulation. An LH test can only give a positive result around your ovulation, but it is important to measure a few days before and after to see and catch the peak.

Thus, it is best to look back at the last menstrual cycles. A cycle always begins with the onset of bleeding and ends on the last day before the next period. It’s important to know though, that even with a regular cycle, the time of ovulation can vary. According to the professional association of gynaecologists, the cycle length and the time of ovulation and thus of the fertile window fluctuate more than commonly assumed. There is no "average woman" with a 28-day cycle and ovulation on the 14th day of the cycle. Studies have shown that in the vast majority of cycles a high percentage of cycles are between 25 and 35 days and that more than 80% of cycles fluctuate.

This means, that in order to find the perfect time for an ovulation test, you should also look at other ovulation signs each month such as change in cervical mucus. You can also find out more ovulation symptoms here.

In order to be sure about your cycle and your ovulation date, measuring your hormone levels throughout your cycle is important. As a Pearl user, you’re not only able to measure your hormone levels, but also to view and interpret your daily results, which gives you a detailed overview over your cycle and an accurate determination of your ovulation calendar date. The testing schedule in the Pearl App tells you exactly when to test to get a better overview. It works as an ovulation calculator that adapts over time on your monthly cycle.

However, you may consider more testing days than you usually do with normal OPKs in the middle of the cycle (about 13-15 days before your next period, so you need to do some manual calculations). Of course you can also test every day to see how your hormones move up and down during your entire cycle, this is up to you.

Ovulation Test Instructions: How to Use

Using an ovulation test is as easy as using a pregnancy test. They work with first morning urine as you have not urinated for some hours hours before, this is the first urine right after getting up. Before testing, remove the sticks from their pouch and dip the tip of the test under the max line into your urine, as you would with a pregnancy test - some can be peed on directly into midstream urine, but it is recommended to use a container or urine catcher. However, be sure to observe the immersion-time specified for each test, which is usually about 5 seconds.

The result can be read after about 10-15 minutes depending on the type of tests. Usually, there are two lines on the tests: A reference or control line showing you whether the test worked and a result or test line which tells you how high the concentration of the designated hormone is in the urine. The more color intensity the result line has, the higher the hormone level. No line or only a very weak line indicates that the value has not increased yet. However, these changes are very difficult to see for the human eye.

As a Pearl user, you get some help from your phone’s camera, and our intelligent software. If the result line is just as strong than the reference line, the ovulation test has detected a peak and it is considered positive. The tests have a limited sensitivity, which means after a certain concentration is reached they cannot be ‘more positive’ they just stay as strong, they are designed to work for most women with different physiological ranges of hormones.. However, watch out for Progesterone tests. They are ‘sandwich’ tests and work the other way: they are positive when there is no line, and negative when two lines appear.

If the test is still not positive after continuous testing, keep testing with a second pack, this could be a very late ovulation or a cycle without a peak, which is not unusual in principle, but should be discussed with your physician if it occurs more frequently. 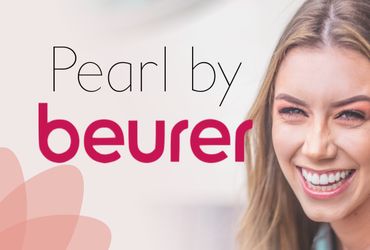 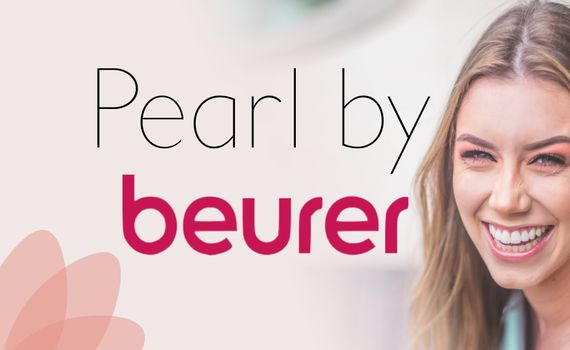 Pearl by Beurer has launched!